Someone was asking about the first song people wrote a while back...

So I had to do some digging, but I did digitize this some years ago from the original cassette tape. Actually, that might have been the second or third cassette tape. This song was written in probably somewhere between 1986 and 1988, mostly, and recorded in 1989 or 1990, at the latest. I did the recording on a Teac 144 machine - a 4-track cassette home studio, exactly like this one:

To do more than 4 tracks, you'd record the first four, then "bounce" (mix) them down to two stereo tracks. Then add two more, bounce again, etc. I used a Roland TR-707 drum machine, exactly like this one: 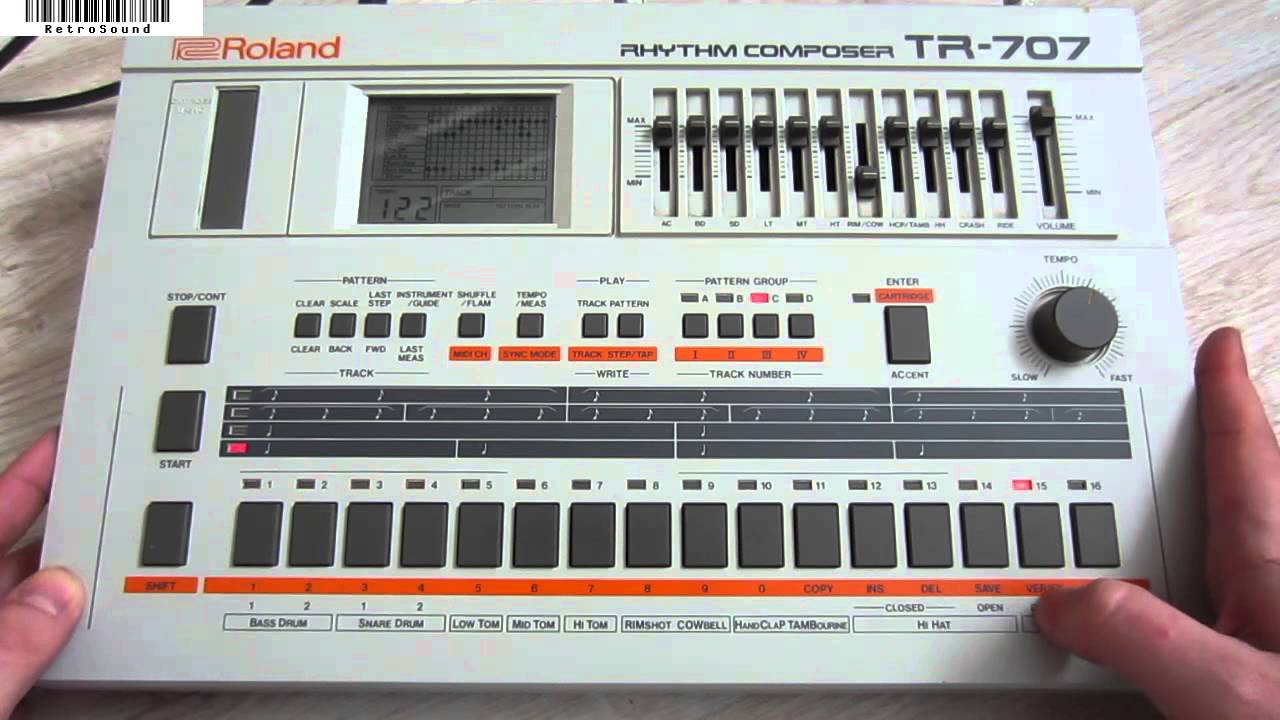 My bass guitar was a non-name brand that a friend very literally picked out of a dumpster and gave to me. It was a metallic maroon and was shaped roughly like a Gibson SG guitar, but it could never aspire to that level of quality or respectability. I don't remember the brand. I think my guitar was my 1986 Ibanez PL1660, the first guitar I ever bought new:

And here's the song. It never had a name, because it was waiting for someone to write lyrics for it.

https://soundcloud.com/ed-seith%2Ffirst-song-1989
Some years later, with my band Blackbird, we actually DID get words to it, re-wrote some parts, though largely left the arrangement as it was. We recorded it for our first demo in 1994. This was also at a home studio, but a better one than my old Teac. I had a real drummer and bass player, another guitarist in the band, and a singer (though if you remember my letter to my younger self, I did not have a GOOD singer - ever - until a few years ago). Here's that song, called "Society's Falling Down."

https://soundcloud.com/ed-seith%2Fsocietys-falling-down
So there's my old stuff. I knew nothing of theory. I wrote the song based on the experiences I had learning covers. The chorus, however, is the exact chord progression (F-C-D-Bb) used by a certain band in a little song called Afterlife. I want my royalties. I wrote it first. HAHA.

Enjoy! Feedback and laughter/criticism totally welcome. This is older than most of the people here.
Reactions: Aileé Guerra Aréizaga, Brian Haner Sr., Firsty Lasty and 8 others

I love stories like that! And the song is not bad at all!!
Did you play the solo?
Man... I miss having a band right now haha
Reactions: Ed Seith

Thanks, Cedric! Yeah, I did. On the first demo, I did EVERYTHING, and on the newer recording, I think I wound up doing ALL the guitars, but if not, the other guy did some rhythm guitars and I did all the lead stuff. Haven't listened to it in forever.
Reactions: Cedric L

I like both songs!
Reactions: Edward John and Ed Seith

You're my new favorite person.
Reactions: Edward John and Lindsey

To me the version with vocals sounds like if NOFX were an 80's metal band haha. Pretty cool!
Reactions: Ed Seith

JK im not that young however when you first wrote this song...it twas before my time haha. Was just a twinkle in my parents eyes. Super cool to see the vintage technology!!

Loved all the pinch harmonics you threw in there in the intro of the original version!!

The Society's Falling Down version was jammin too!! I TOTALLY got a feel of "Paradigm - Avenged" @ 2:42 of your song.... the full step bend or volume swell sounded just like it and totally thought of Paradigm's solo!
Reactions: Ed Seith

Yes, I am. But Papa's older.
Reactions: Filip Tomiša and Manvir B

No perm! Time of the first demo:

Ed Seith said:
No perm! Time of the first demo:

Ed Seith said:
No perm! Time of the first demo:

Ed had better hair than most chicks!
Reactions: Alicia Willis and Ed Seith

Edward John said:
Ed had better hair than most chicks!
Click to expand...

I kinda did, and they loved me for it.
Reactions: Edward John and Alicia Willis

Ed Seith said:
I kinda did, and they loved me for it.
Click to expand...

Ok, Casanovo … let's not get too in love with ourselves.
Reactions: Ed Seith

Edward John said:
Ok, Casanovo … let's not get too in love with ourselves.
Click to expand...

Oh, it's short now and I'm old and fat. The worst you could accuse me of is romanticizing ancient history.